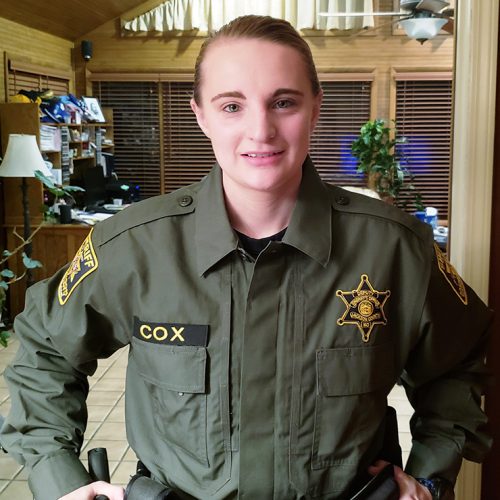 Tiffany graduated with a Bachelor of Science in criminal justice in May 2015. During her time at Valley, she was a member of the social fraternity, Theta Phi Alpha, FCA, the women’s lacrosse team and the women’s basketball team. Following graduation, Tiffany attended the Central Missouri Police Academy in Warrensburg, Missouri. After obtaining her POST license, she became employed with the Canton Police Department in northeast Missouri. Tiffany joined the Lewis County Sheriff’s Office, also in northeast Missouri in February 2017. Tiffany has been a full-time law enforcement officer since 2016 and she has recently accepted a position at the Jackson County Sheriff’s Office in Lee’s Summit, Missouri. Tiffany has applied to Law School at UMKC with the hopes of working as a prosecutor in the future.