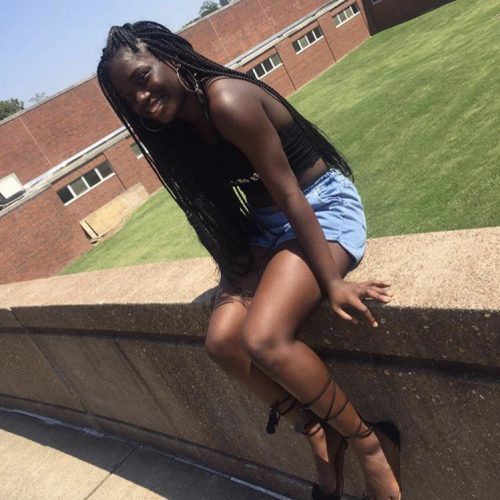 Amaijah Ibrahim is from Saint Louis, Missouri. She is a freshman at Missouri Valley College and is very excited to have joined Repertory Dance Ensemble and the Dance Team. She has been dancing since she was three and it’s her first love! She went to a performing arts schools where her major was dance and also trained at a dance studios. She is a double major in Dance and Psychology. She loves to choreograph for other people and watch her dances come to life. She has trained in many styles of dance but ultimately fell in love with Contemporary and Lyrical, because she can let out all emotions when she performs those two. She loves watching dances that have a story behind it. One of her favorite quotes that she lives by is “Kill Them With Success Bury Them With A Smile” ultimately that’s her goal. Is to never let somebody get you down, and over exceed everybody else’s expectations.